My First Account – What US Registered Naming is All About

I don’t remember exactly when I got my first account (my wife couldn’t keep up). I think the first time was when I was in college and met a new friend from Canada, who lived about 15 minutes away from me. 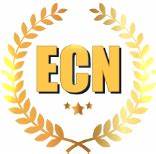 We became instant friends in this first encounter and it was during that time I learned about our US ecn, CCNA, or CDW. He also had a US-based company. So, we became quick friends and we got to talking.

The story is he told me he was getting ready to buy a new computer (his mother had one but had sold it to him). He said he would pay me back (meaning his mom) the next time we spoke. If I still had a phone card, I would call him back because his mom couldn’t afford the computer.

I was nervous and I didn’t want to lose my friend so I called him and asked him why he was buying a computer for the company. His answer surprised me. He said, “because it is your computer.”

This made me laugh out loud. At that point, I was almost ready to lose my breath as I was trying to sort out my new business.

I had also had a business in my own country for years. I had been in several industries, including internet, banking, and so on. I knew what it was like to do something, but I didn’t have anyone to discuss it with.

So, I decided to go back to school and get an accounting degree and then work with accounting in my new country. It was exciting to be in a country that respected business people.

I met many people in US and most of them were in IT. Now I had been doing networking and thought I could sell my services here. I was naive and I didn’t really think much about how I was going to learn the lingo in the US.

My first day in the new business was really strange and I was really excited. I had gone back to school and I had a new and amazing opportunity. I went home and researched it online.

I found it was similar to my old IT job, but the job actually involved using the computers and IT tools. The only difference was there were no local lawyers to go to. So, I went back to the US and started learning the new business lingo.

It took me about a month to become comfortable in the US and it wasn’t long until I could use some of the tools that I had used in my IT job. I spent the next two months putting the hang of accounting in the US and then I got the hang of the languages.

I had been thinking about transferring to US and becoming a tax attorney, but after I became a certified accountant, I wanted to go back to school and get a masters’ degree. The only problem was I needed to be in the US before the transfer was complete.